Adding the drug abiraterone to standard hormone therapy helps people with prostate cancer that has spread to other parts of the body to live longer. These results from the STAMPEDE trial were presented at the European Society for Medical Oncology Congress in Paris last week.

These findings are a long-term follow-up of two different STAMPEDE comparisons:

These comparisons assessed if adding abiraterone, with or without enzalutamide, could improve the survival of people whose cancer has spread to other parts of the body (aka metastatic disease). In this context, standard therapy included docetaxel chemotherapy where it was relevant.

A total of 1,974 people with metastatic prostate cancer were allocated to one of these two comparisons: 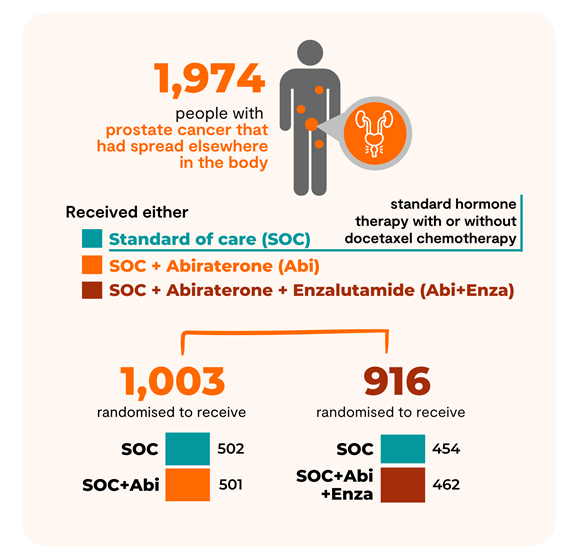 These comparisons took place across 117 hospitals in the UK and in Switzerland.

However, adding the drug enzalutamide as well as abiraterone to standard therapy did not provide additional benefits in people with metastatic prostate cancer over adding abiraterone alone. 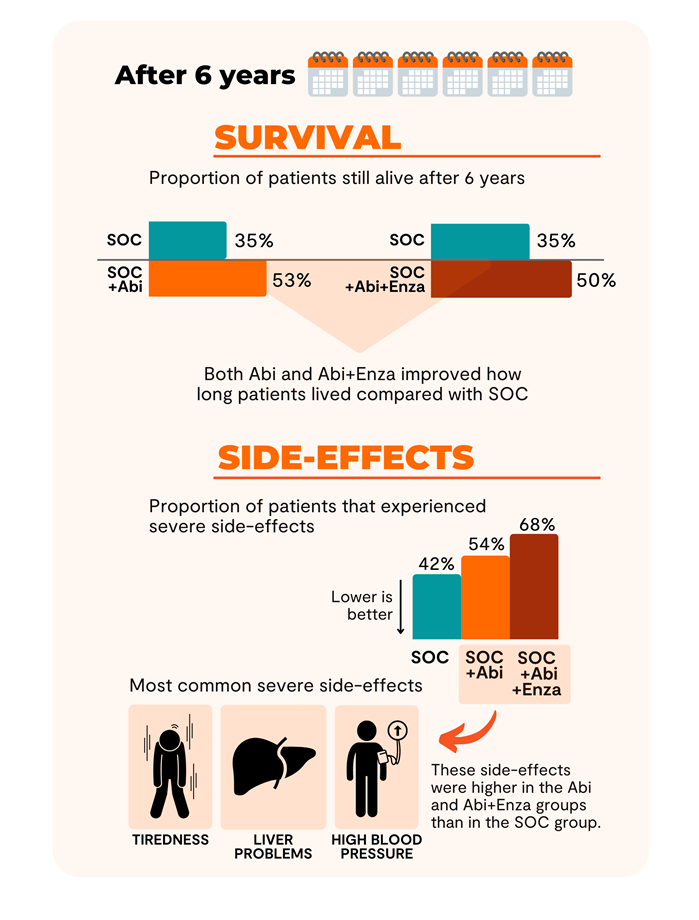 Previous results from STAMPEDE confirmed that adding abiraterone to the standard therapy also helps people with prostate cancer that has not spread, to live longer.

All together, these findings strongly recommend the use of abiraterone in combination with standard therapy, to treat prostate cancer that has or has not spread to other parts of the body.

Robin Millman, a patient research partner, said "Being diagnosed with advanced prostate cancer can be a devastating experience for men and their families… but these results mean that, with abiraterone, half of such patients can still live for 6 years or more".

Another STAMPEDE patient representative, David Matheson, said “The work of STAMPEDE and its success with new therapies gives us patients hope not only for longer life with this dreadful disease but a better quality of life”.