Men who have had surgery for early stage testicular cancer can avoid potentially harmful scans. 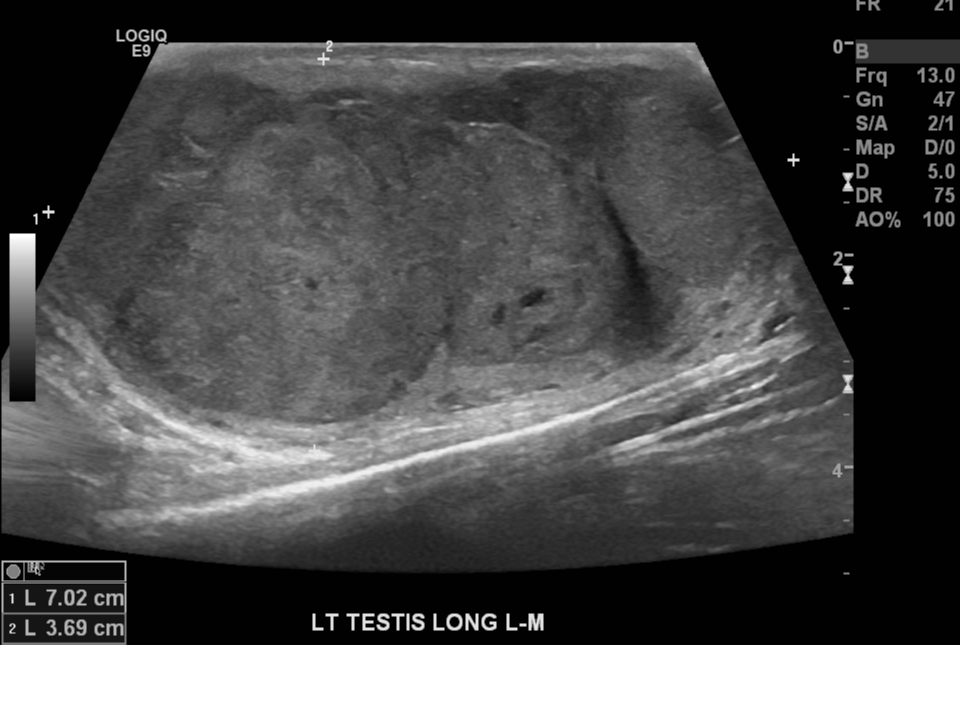 The results of the TRISST trial, presented today at GU ASCO 2021, offer less harmful alternatives for monitoring men who have had surgery for early stage seminoma testicular cancer. Researchers at the MRC Clinical Trials Units at UCL, collaborating with hospitals around the UK, found that magnetic resonance imaging (MRI) scans are just as effective as computed tomography (CT) scans at catching any returning testicular cancer. They also showed that the number of scans could be reduced whilst still providing effective monitoring.

Being scanned by CT involves exposure to X-ray radiation and there are concerns that this may slightly increase risk of other cancers. Options for minimising this risk include reducing the number of CT scans or using an alternative scanning technique, such as MRI. MRI scanning is a newer way of obtaining similar pictures to CT scans, but does not involve exposure to X-ray radiation.

669 men were recruited across 35 UK hospitals between 2008 and 2014. Participants were randomised into various groups, to be scanned either using MRI or CT, and to receive either 7 scans or 3 scans over a number of years.

82 patients (12%) had testicular cancer return, and most were detected at a scheduled scan. Although some of these returning cancers could have been detected earlier if scans were more frequent, they were still treated successfully, and no men died as a result of their cancer returning.

Further work is underway to assess the cost and effectiveness of fewer, more expensive, MRI scans. Trial data will also be used to better understand which men are most likely to have their cancer return, which could help to further refine how monitoring is done.