The results of the extended follow-up of the BREATHER trial, on whether young people with HIV could take weekends off treatment, were presented yesterday at the Conference on Retroviruses and Opportunistic Infections in Seattle.

The results confirm the earlier findings, that, for young people on HIV treatment regimens that include the drug efavirenz, with undetectable HIV virus in their blood and whose viral load is monitored every three to four months, it is safe and effective to take their drugs for five days a week instead of seven. This allows young people to have a break from treatment at weekends.

HIV drugs can keep the virus under control if there are sufficient levels of the drugs in a person's blood. For most currently available drugs this means taking the drugs every day. This can be challenging for young people living with HIV. The HIV drug efavirenz stays at active levels in the blood for longer than other commonly used HIV drugs. The BREATHER trial was set up to test whether young people could safely have a break from their HIV drugs at the weekend, if they took a regimen containing efavirenz every weekday.

199 HIV-infected young people, aged between 8-24 years, from around the world, took part in BREATHER. They were all already on HIV treatment, and their virus was very well controlled (undetectable) at the start of the trial. They were all on a combination of HIV drugs that included efavirenz. Half the young people were randomised to continue taking their drugs every day (continuous therapy). The other half were randomised to 'short cycle therapy', where they took their drugs five days a week, and had a break of two days each week from HIV drugs.

The findings from 48 weeks of follow-up were published last year. The results presented yesterday look at how those young people did up to at least 144 weeks (nearly three years). These results show no difference between people in the continuous therapy group and those in the short cycle therapy group in terms of how well the virus was kept under control.

Most of those young people on the short cycle therapy arm, who experienced any increase in the amount of virus in their blood, had the virus under control again (undetectable) without having to change their drugs, once they returned to taking their drugs every day (ie. back to continuous therapy).

The researchers say that standard-dose (600mg) efavirenz-based short cycle therapy is a viable option for young people living with HIV who are adhering well to first line treatment, have undetectable viral load, and whose viral load is monitored every three to four months. But they cautioned that people should discuss this with their doctor before making any changes in how they take their HIV treatment, to make sure it is safe and appropriate for them individually. Further research is needed to see if this approach is safe and effective with any other combination of drugs (other than standard-dose efavirenz-based ART)  and with less frequent viral load monitoring, as happens in most low and middle income countries where three to four monthly monitoring is not available. 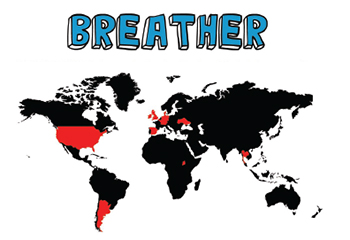