“To other young people who, like me, are living with HIV”: graphic novels now online 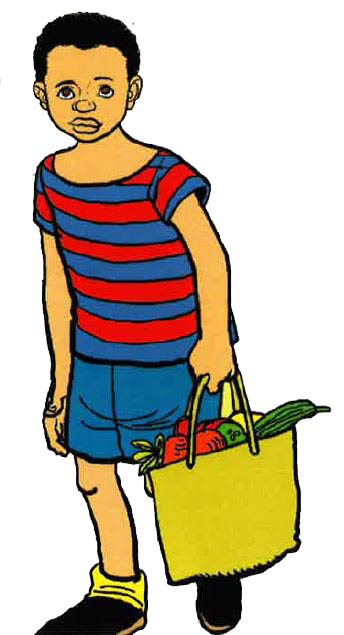 We are delighted to announce that three graphic novels produced by the ARROW Young Lives study team are now available to read online.

The novels are based on the findings of the ARROW Young Lives project, which took place in Uganda. We hope that the novels will help people to better understand what it is like being a child living with HIV in Africa.

In 2013, there were approximately 3.2 million children under 15 living with HIV. Most of these children live in sub-Saharan Africa and were infected before they were born, or as babies.

The ARROW Young Lives project took place in Uganda and Zimbabwe. The project aimed to find out how children between the ages of 11 and 13 years manage being HIV-positive. The project team interviewed 104 young people, as well as some of their carers and health workers. Some of the young people were interviewed up to four times, over 18 months. 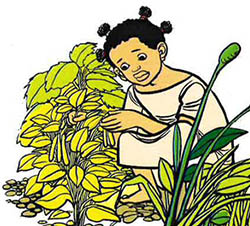 Each novel tells the story of a young Ugandan person living with HIV. The characters - Anita, Kakande and Kristina - are not real people, but their stories reflect the experiences of the young people who were interviewed as part of the project. For example, in Kristina's story (pictured, left), Kristina worries about telling even close relatives that she is HIV-positive because of the stigma surrounding the virus. In Kakande's story (pictured, right), he does not know he is HIV-positive and does not understand why he has to take drugs daily when his friends do not.

The graphic novels are available to read online, and we have given hard copies to health clinics in Zimbabwe and Uganda. We invited the children who took part in the study to a meeting where they were given their own copies of the novels. The meeting also involved a short talk about the results, singing, dancing and cake.

The ARROW Young Lives project was part of the ARROW trial. The trial showed that children on HIV treatment can be safely monitored without the need for expensive routine laboratory tests. This means that treatment can be given much more cheaply, which could help more children get access to live-saving treatment. Over 1,200 children with HIV took part in the trial, which took place in Uganda and Zimbabwe. 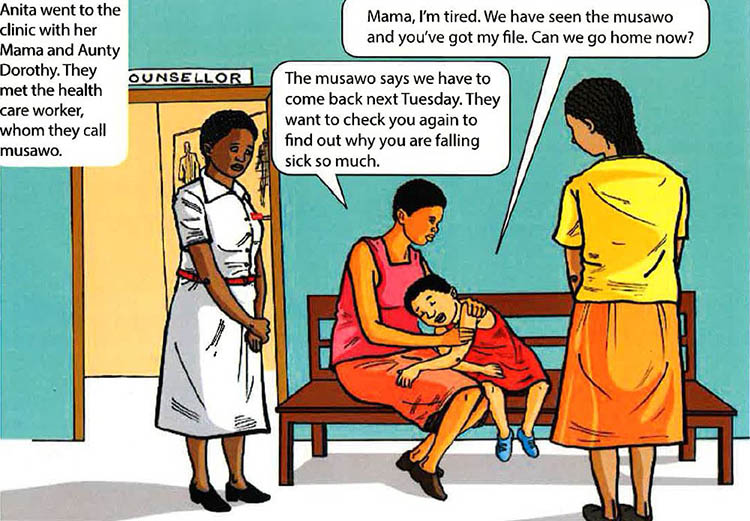 These novels would not exist without the children, carers and health care workers who took part in Young Lives. We would also like to thank the Department for International Development, who funded the project and the organisations that worked with us on the project: Joint Clinical Research Centre, Medical Research Council/Uganda Virus Research Institute, Baylor Uganda, and The London School of Hygiene and Tropical Medicine.

- Visit the ARROW study page for links to the graphic novels and for more information on the results of the trial.