The results of the EURAMOS-1 trial, presented today at the 2014 Connective Tissue Oncology Society Meeting in Berlin, Germany, show that adding the drugs ifosfamide and etoposide to standard chemotherapy does not improve osteosarcoma outcomes.

Osteosarcoma is type of bone cancer. It is rare, with only two to three new cases each year per million people. It mainly affects young adults, adolescents and children. Currently, the standard treatment is chemotherapy with three drugs called MAP (methotrexate, doxorubicin and cisplatin), followed by surgery, followed by further chemotherapy with the same three drugs. The EURAMOS-1 trial was designed to see if event-free survival could be improved by adding drugs to standard post-operative chemotherapy.

The results presented today show that adding ifosfamide and etoposide to standard post-operative chemotherapy does not improve the length of time participants survived without either the disease coming back again or getting worse, or new tumours developing, or dying (event-free survival). Adding ifosfamide and etoposide also increased the numbers of severe side-effects participants had.

These results convincingly show that ifosfamide and etoposide should not be added to standard chemotherapy with methotrexate, doxorubicin and cisplatin. Participants in the trial are still being followed-up to help us understand the long-term effects of the two treatments.

Randomised controlled trials are vital to finding out how best to treat patients. Carrying out trials in rare cancers, such as osteosarcoma, is challenging, as it is hard to recruit enough participants to be able to see if a new approach is effective. EURAMOS-1 is the biggest osteosarcoma trial ever, with more than 2,200 participants from 2 continents registered. This demonstrates that it is possible to do ambitious trials that answer important questions for rare diseases, through international collaboration. 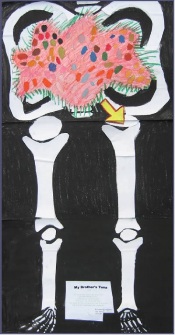