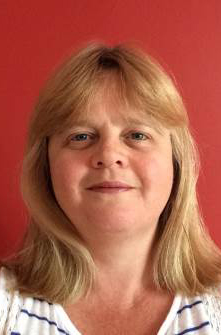 Louise joined the MRC Clinical Trials Unit as a senior statistician in March 2012 and works mainly on cancer trials, particularly those in stratified medicine and biomarker clinical validation. She focusses much of her time as the Project Lead for FOCUS4, a molecularly stratified adaptive trial programme in advanced colorectal cancer and Project Lead for STAMPEDE, a large adaptive clinical trial testing multiple treatments in advanced prostate cancer. She leads the statistical analysis for a number of stratified medicine projects in cancer including the SCORT and RE-IMAGINE MRC Stratified Medicine Consortia Programmes. She has an interest in diagnostic studies and led completion of the PROMIS study, which investigated the role of MRI in the diagnosis of prostate cancer.

She originally trained in mechanical engineering but after completing a Master’s degree in medical statistics at the London School of Hygiene and Tropical Medicine she went on to complete her PhD in statistics at Imperial College London. Prior to working at the MRC CTU, she worked as a statistician at Imperial College, primarily in cardiovascular surgery trials and with a particular interest in abdominal aortic aneurysm.